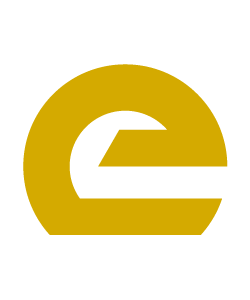 Will You Get Your Bail Money Back?

What happens to bails bond money after the case is settled? Do you get your money back? To answer these questions, look at these three different scenarios.

If you paid the bail amount, appeared in court as required, followed proceedings, and the defendant was acquitted of the charges, you can expect to get your money back. If you paid the cash bail instead of using a bail bondsman, the court would make a full refund. This only applies if you paid the amount directly to the court.

The Defendant Was Found Guilty

If you were arrested for an offense, paid bail, and found guilty of committing the offense, you'll not receive the full amount, if any. The bail amount will be applied to court fees, and the government will take a small percentage of the amount.

Once you put bail for the defendant, you're tasked with ensuring that the defendant abides by the court's rules. If the defendant doesn't show up to court appearances, you forfeit your bail amount.

If the defendant is released after you pay bail and is arrested again, you forfeit your bail amount. Therefore, it's advisable to use a bail bonds agency when paying bail. If you think the defendant wants to abscond, you can notify the bail bondsman, and they'll know what to do. If they have to come to get the defendant, they'll likely charge you a small amount, but it's better than forfeiting the entire bail amount.

If You Used a Bail Bondsman

Working with a bail bonds agency has its benefits, but it typically comes at a premium. If you work with a bail bondsman, you'll have your defendant out faster. In most cases, the bail bondsman will require you to put up about 10% of the bail amount. If the bail amount is set at $20,000, you'll put up $2,000. Typically, the bail bonds company will also need collateral. The collateral is more of a precaution measure to cover their risk in case the defendant absconds.

If the defendant skips court appearances, you forfeit your collateral. Therefore, make sure the defendant shows up to court as required. Also, keep in mind that the 10% bail amount you put up is non-refundable.

Working with a bail bonds company is helpful, especially if you're in a tough financial situation. However, ensure that you work with a reputable and experienced company that will help and explain all possible outcomes.